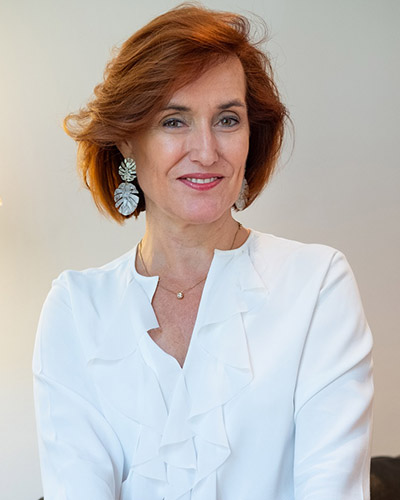 “Values, technology, purpose and people are the pillars of the OAS, our small contribution to developing a better, healthier and more sustainable society”

Laura is President of APD and is Independent Director of Bankia S.A., Viscofan S.A., Acerinox S.A. and Ezentis S.A. and was also Director of Quality Pascual SL until July 2016, which has allowed her to know in depth various sectors such as Infrastructure, Industrial, financial and great consumption in public traded and private companies with activity in Spain and International. She has extensive experience in the area of Appointments, Remuneration, Audit and ESG for being a member of these Commissions. As well as being a member of the Advisory Board of ISS and until Dec-2019 of the Board of Trustees of the Adecco Foundation. Member of the PwC Counsellors Club, WCD (Woman Corporate Directors) and ICA.

Until December 2016 she served as President of Bayer HealthCare in Latin America, based in the United States, where she successfully carried out a transformation process. Her extensive experience in markets, as well as her continued pursuit of excellence in prestigious business schools such as IE, Kelloggs, IMD, INSEAD and Harvard Business School, have led her to become a recognized leader in the sector and an expert in retail and biotechnological business strategy and transformation, as well as in Business Governance in Europe and Latin America.